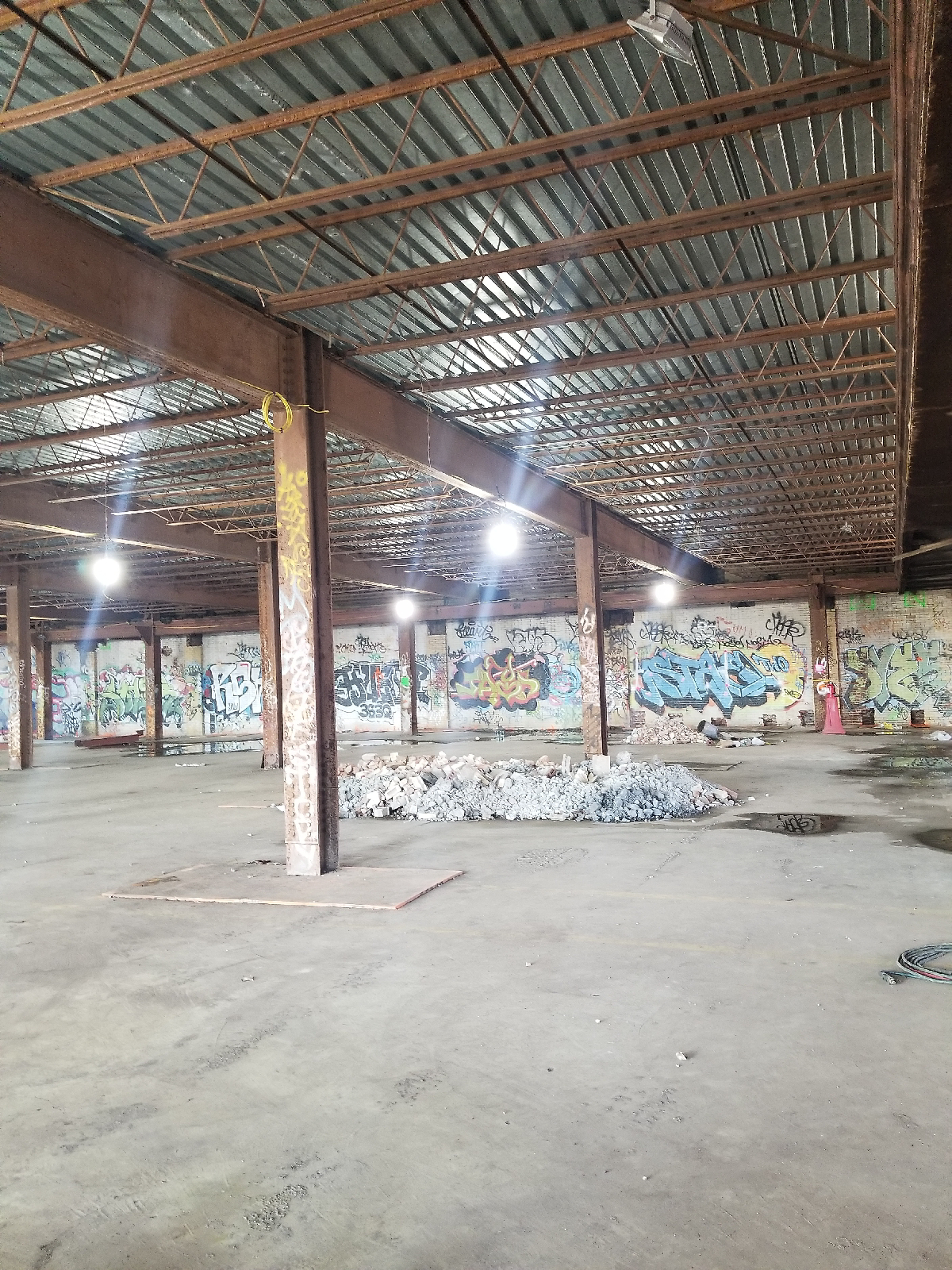 Jobs, time, and space to build work. That is what many voiced as being needed during roundtables with artists, fabricators, curators, educators, and conservators for the now in construction future home of Powerhouse Arts in Gowanus, Brooklyn. The former power station, initially constructed in 1902 to serve the Brooklyn Rapid Transit, was decommissioned in the 1950s, before being abandoned altogether in the 1980s.
When you step into building now,  you can feel its history. The scale and brick invoke the historical industrial past of the neighborhood, while the graffiti that covers its walls by artists such as @hugogyrl tell of its days as a squat known as the “Batcave" (squatters were evicted in 2006). The building was purchased in 2012 and will involve an extensive renovation, leading to a 170K SF facility designed by @HerzogdeMeuron that will allow for fabrication in different materials as well as spaces for exhibition and public programming. Projected completion: 2021.
at April 03, 2020